Abusive Relationship: Everything You Need to Know 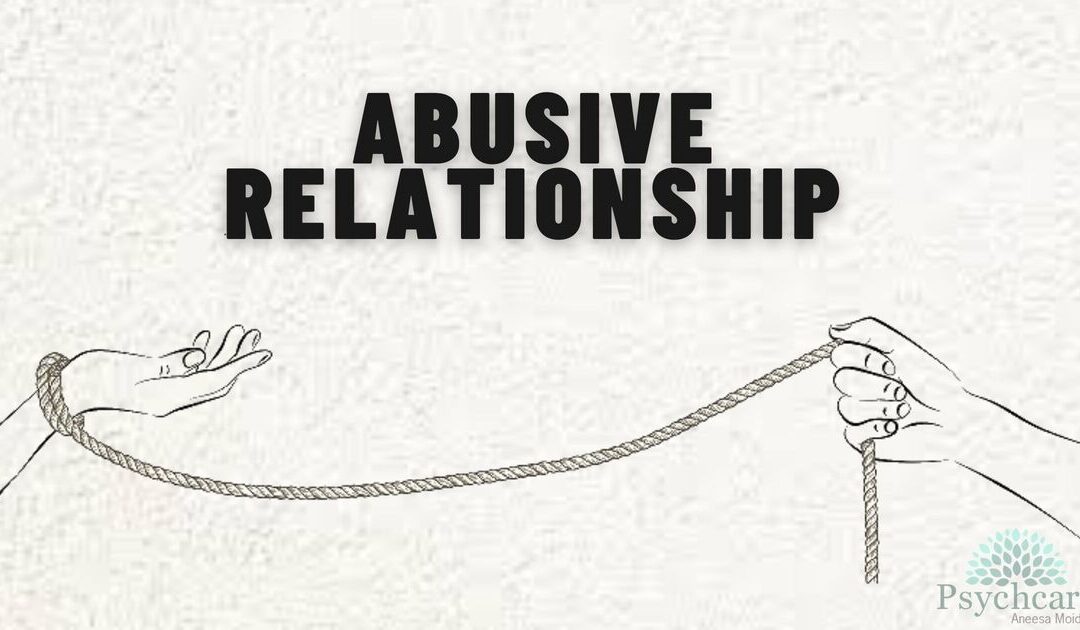 Abuse is treating someone with violence, disrespect, cruelty, harm, or force.  When someone treats their partner, children or even employees in any of these ways, it’s abuse. Abusiveness in a relationship can be physical, sexual, financial, emotional or it could be all of these.

Abusive behaviour can take many forms. It includes violence, aggression, making threats, controlling, putting them down, attacking verbally, controlling and tracking others money,  putting pressure on someone to have sex,  act in a certain way that they don’t feel comfortable with. Also, It can be an act of jealousy as well.

If you think of times when your partner has been scared of you or recollect times when you’ve stopped them doing something that they wanted to do then you could be being abusive. Abusive behaviour can become a pattern and can become worse over time.

Now, let me tell you a story to understand an abusive relationship

Years ago, a well-groomed young lady with a smile, looking very tired entered my room. She was a  wife of a rich famous man in the town and a mother of two. Contrary to what I heard, she was abused physically, emotionally and sexually by her husband since marriage. Even though the lady was well-educated and employed in the early days of marriage, she had to leave her job. On top of that, he spent her savings and left her empty-handed. And also, she was controlled and accountable for every single penny that she spent on her basic needs.

This is one form of domestic violence; ultimate control and dominance from the perpetrator (abuser).  Unfortunately, it can happen to anyone, can be a spouse, girlfriend, boyfriend. The abuse can also be encountered by a parent, child, sibling, etc. To clarify, violence isn’t always physical, it can be emotional as well. Exploiting other’s vulnerability, insecurity, or demeaning others character resulting in dependency and weakness of the victim. Moreover, continuous exposure to abuse affects self-esteem and confidence. Another crooked move is that perpetrator disconnects the abusive from the social circle to ensure the abusive does not receive support from outside.

Despite being able to provide, the abuser chooses not to. The victim is denied proper medical treatment. Besides, the victim is accountable for food, shelter, clothes. In other words, anything that the victim does is to blame and felt guilty and responsible. Finance is the area that the abuser chose to control and manipulate. Here the abuser controls, restrict, withhold and even make the victim pay for the money spent. At the same time, the victim is refused to earn.

To know more about abuse, verbal abuse is the most common. The batterer threatens, blames, criticize and even humiliates the victim in social situations. There is no ‘fair game’ for abusers, therefore the victim gets confused and eventually blame themselves.

The next is sexual abuse. The person controls, forces or even exploits sex without the victim’s consent in physical or verbally abusive behaviour. Involuntary prostitution, insulting, name-calling are a few patterns of the batterer. Even after a heated argument or fight the abuser forces sex as an act of punishment, arrogance, or acting normal.

So back to the story. I asked my client the reason to stay in the relationship and she tearfully said that he threatens to kill himself if she leaves, (another trump card that the abusers play). On the other hand, she needs a father figure for her kids in this dysfunctional family. But apart from all these reasons, there is no support from her family or friends to come out of this abusiveness. One of the reasons that the family refuses to separate is his mere reputation in society. The divorce would turn out to be a dark shadow that may carve her family. Although, there was a helpless dependency and self-worthlessness that was reflecting throughout our conversation, which is an after-effect of being in an abusive relationship.

What should one keep in mind when getting out of an abusive relationship?

How Can You Get Out of an Abusive Relationship?

How Can I Deal With the Emotions I Have?

Isolation: from friends, family, community support, resources, as abusers often attempt to cut off survivors from support networks as a control mechanism; this often includes monitoring of a survivors texts, emails, and social media accounts.

Children: fear for their safety if the abuser has threatened to hurt them if they leave, custody concerns, child abuse that has occurred as a result of trying to leave in the past.

Fear: of retaliation; of being killed; of the abuser hurting loved ones; of being stalked; of not being believed; of unsupervised visits with the abuser putting children at risk.

Shelters are full and there is nowhere to safely go

Culture/ religion/ family pressures; it is important to note that all cultures have both traditions of resistance to relationship abuse as well as a form of acceptance of it.  Culture cannot excuse relationship abuse—though abusers may use “culture” as a way to justify their choice to abuse.  Abuse is not inherent or natural to any culture or group — it is always a choice.

Hope/belief that partner will change, often resulting from manipulative tactics by the abuser. A connection to partner’s well-being: fear that partner will be arrested, imprisoned, deported etc. which may have consequences for retaliation, finances, and children.

Shame or belief that the abuse is their fault, largely because of societal victim-blaming

One of the Center’s main goals is to eliminate barriers and increase survivors’ access to safety, resources and support. Victim-blaming attitudes are one of these barriers and place victim/survivors in greater danger.